28/10/2020
Kibbutz Givat Chaim Ichud
Kibbutz Givat Chaim Ichud was founded on May 23, 1952 following the separation of kibbutzim which began in the Kibbutz Meuchad movement in the years 1951-2.
Members of Mapai and non-affiliated members who lived on Kibbutz Givat Chaim and Cfar Szold, and were joined by a few families from Kibbutzim Yagur and Glil Yam, joined together to establish the kibbutz in Emek Hefer , north of  Kibbutz Givat Chaim Meuchad.
The kibbutz bears the name of Chaim Arlozorov, national secretary of the Jewish Agency, who was killed on the beach in Tel Aviv in l935.
The founders of the kibbutz, most of them having been trained in the Zionist Youth Movement in Central and Eastern Europe, had immigrated to Israel in the 1930s.
They were joined throughout the years by new immigrants, Holocaust Survivors, members of youth movements and, of course, sons and daughters of the second and third generations who were born and raised on the kibbutz.
There is a research institute on the kibbutz which researches Ghetto Terezin and next to it, a small museum.
The kibbutz population includes 500 members who support themselves working on the kibbutz in agriculture, industry education, services and small businesses.
The kibbutz is involved in economic co-operatives in regional factories (Granot), "Pri Gat" (24.5%) and in a transportation co-operative.
In recent years, the socio-economic structure of the kibbutz has morphed into the model of “the changing kibbutz” separated into ”business” (under the auspices of a business manager) and “community” (under the auspices of a community administrator.)  The kibbutz administration is responsible for both of these branches and is headed by the kibbutz chairman.
The kibbutz administration is subject to the socio-economic council, made up of 35 members who are elected by the all of the kibbutz members.  The chairman of the council is one of the prime office-holders chosen by all the kibbutz members together with the community administrator and the chairman of the community.
On the kibbutz, there are 1250 dunams of groves (avocado and citrus),1700 dunams of field crops, a milk dairy which produces3,450,000 liters of milk per year, and a poultry farm for chickens and turkeys in co-operation with Granot.
The kibbutz maintains an education framework which caters to all ages from baby houses and kindergartens through the end of secondary (informal education), tailored to all the children on the kibbutz as well as those from surrounding areas. Kibbutz children study in regional schools:  elementary- "Misgav" on the kibbutz itself, junior high and high schools- "Mayan-Shachar" on Kibbutz Ein Hahoresh.  A school for special education, "Shafririm" is also operated on the kibbutz.
There is an educational framework for adults as well, called "Havruta" which is run together with the Emek Hefer Regional Council.
Kibbutz residents are attended from the moment of birth to their last day by the health and geriatric staffs and enjoy the services of a local clinic, a rest home and a work therapy center for the elderly.
In the last few years, the kibbutz has undergone dramatic changes and complete privatization of all its services.  Public services continue – the communal dining room and laundry, continue to operate, but each member can decide whether or not to utilize them.
Each member is required to be self sufficient financially in terms of income and expenditures.
The internal tax system finances the administrative infrastructure and provides some assistance to those who qualify, according to kibbutz decisions.  In addition to this, there is a mutual assistance fund financed by a special tax levied on all kibbutz members.
Many sons and daughters are returning to the kibbutz to build their home within the context of the new kibbutz community.
On the kibbutz, new neighborhoods are being built to absorb the children and grandchildren of the kibbutz founders and at the  summation of the building project, four neighborhoods, accommodating approximately 150 young families, will have been constructed. 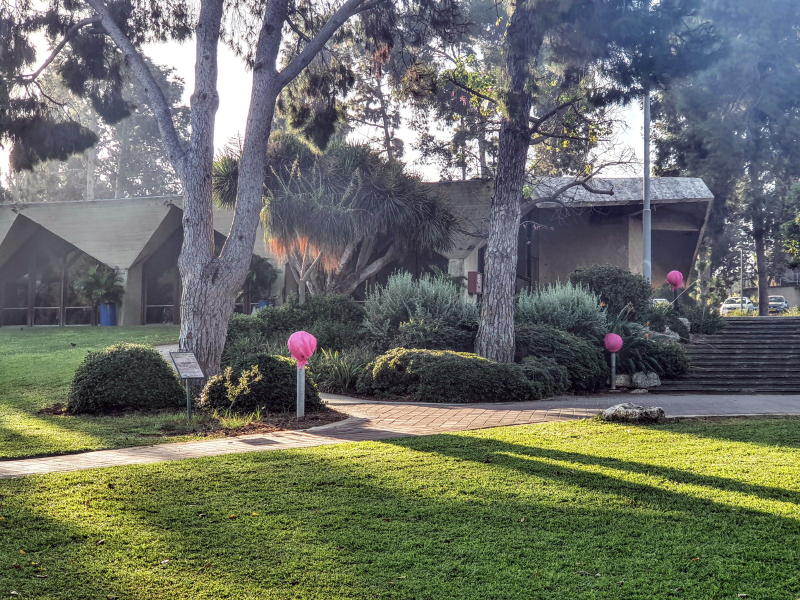 WRITTEN BY DAN SAGI
UPDATED AT THE END OF 2012
TRANSLATED BY: PAM BENI
(Kibbutz (2000
Ron bar-el was a volunteer and candidate member between 1981 and 1984.
After an Ulpan, studying for 1 year at the Technion and working in Gat, I joined the army.
I met my wife ( Britta) who was from Germany in the kibbutz
My wife and I recently started a group on Facebook called : volunteers Givat Hayim Ichud 1980-1984.
It is both for volunteers , Ulpanistim, and Kibbutz members.
We have 88 members ( including some kibbutz members ) now and already more then 400 photo's
display:none;
חסר רכיב
מודעה חדשה